Forbes Magazine unveils the first edition of its “Top 40 lawyers of the CAC 40” ranking, conducted in collaboration with the French legal magazine La Lettre des Juristes d’Affaires. Following an in-depth survey of 70% of CAC 40 companies, August Debouzy is very pleased to be part of this ranking, which demonstrates the trust placed in August Debouzy by these companies and recognizes the excellence of the firm and its lawyers.


This ranking honours four of August Debouzy’s partners, who have their own legal expertise in both litigation and advisory work. This ranking also reflects the firm’s multidisciplinary nature and rewards the quality of the support provided by lawyers, including:

“We are very proud to be recognised as a reference law firm by CAC 40 companies. We thank them and are very grateful for the trust they place in us. This ranking reflects the high level of expertise and the commitment and agility of August Debouzy’s lawyers. By keeping this promise, year after year, we are building a lasting relationship with our customers”, says Mahasti Razavi, Managing Partner. 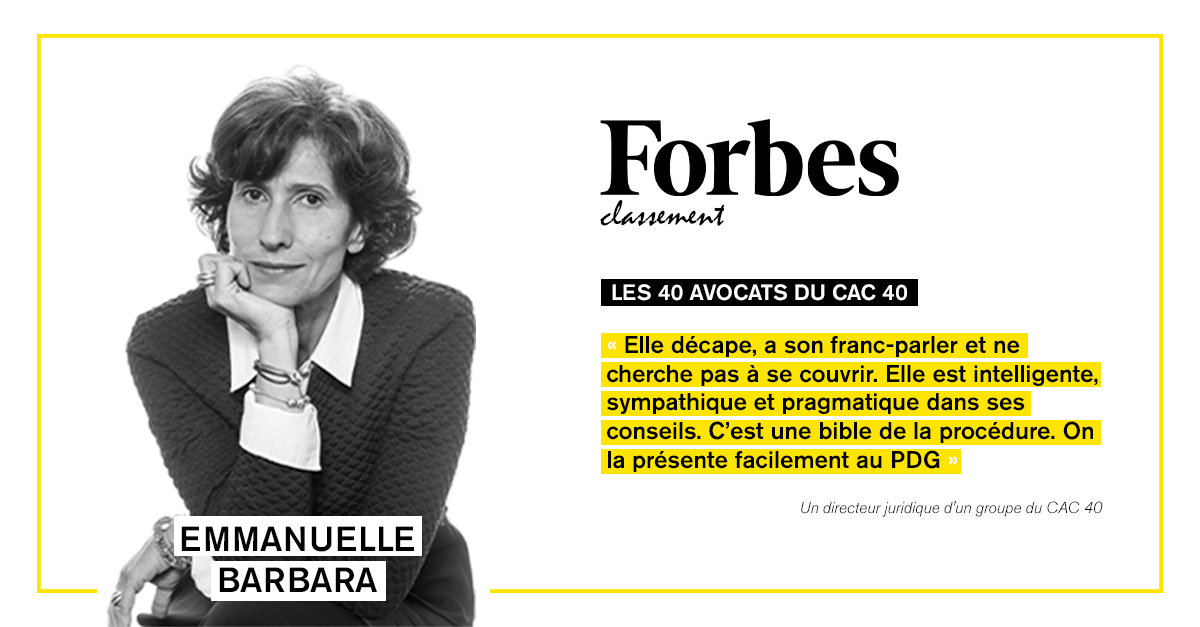 Emmanuelle Barbara
“She is impressive, outspoken and does not try to cover her tracks. She is intelligent, clever, friendly, and provides pragmatic advice. She is a reference and knows everything with regard to procedure. She is someone you can easily introduce to the CEO”.
A General Counsel of a “CAC 40” group 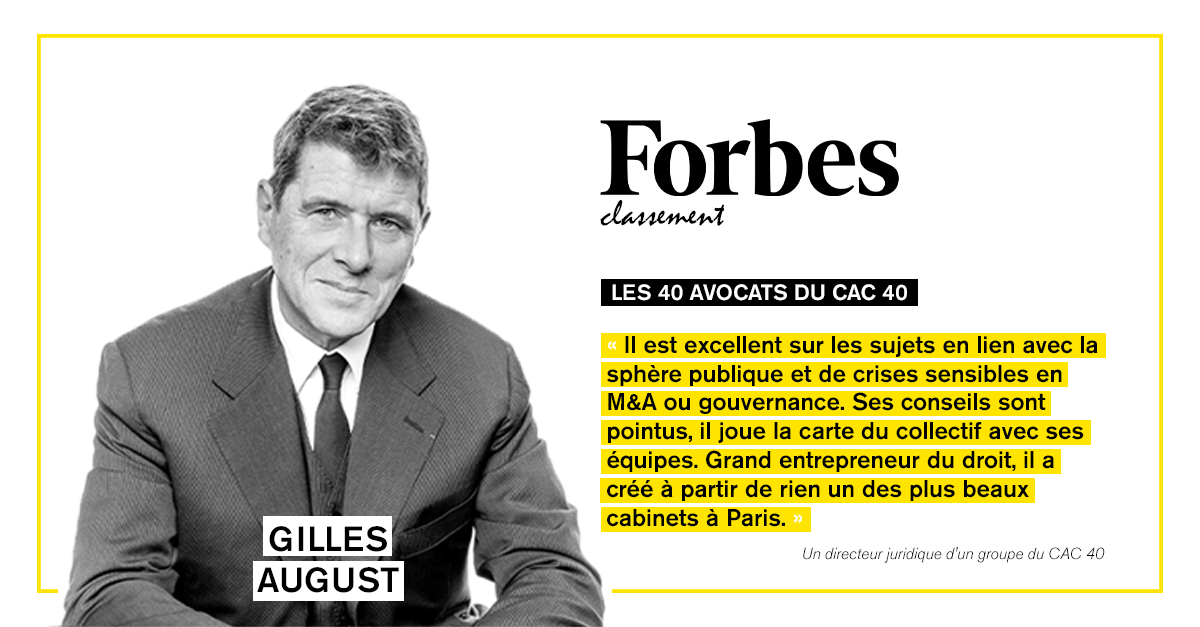 Gilles August
“He is excellent regarding all topics related to the public sphere as well as sensitive M&A or governance crisis management. He provides comprehensive advice and works together with his teams. He is a great legal entrepreneur and has created from scratch one of the most prestigious law firms in Paris”.
A General Counsel of a “CAC 40” group 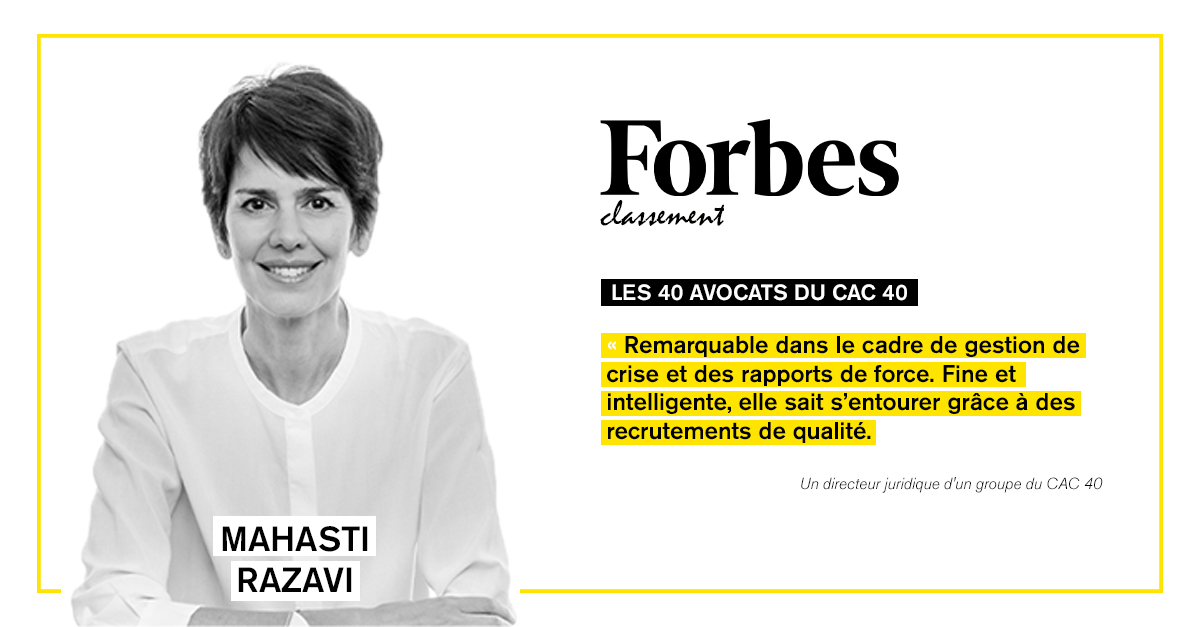 Mahasti Razavi
“She is remarkable when it comes to managing crises and power relations. She is smart and intelligent and knows how to surround herself with talented people by making quality hiring decisions”.
A General Counsel of a “CAC 40” group 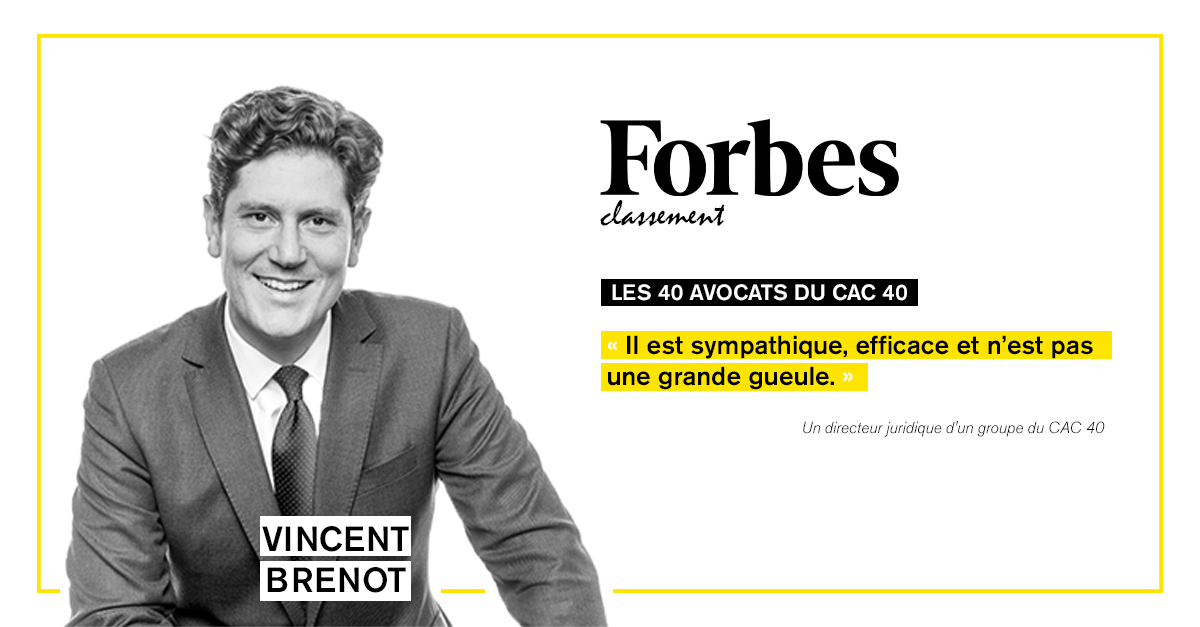 Vincent Brenot
“He is friendly, efficient, and is not a loudmouth nor boastful”.
A General Counsel of a “CAC 40” group