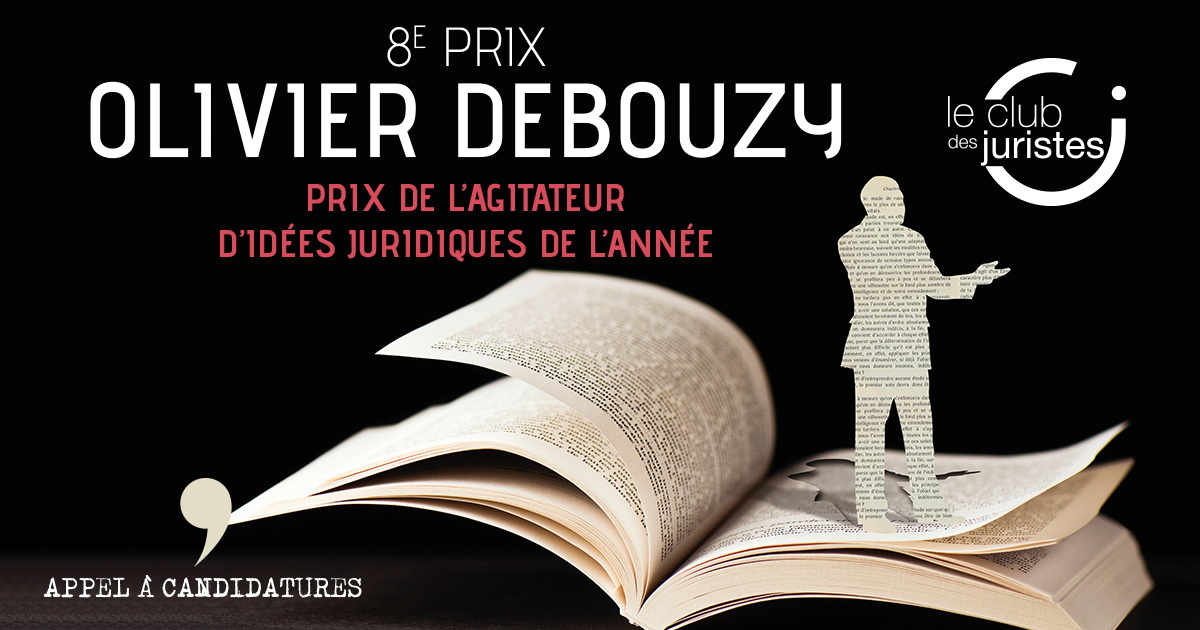 Who will be the legal-ideas agitator of the year?The legal community has the role of designating candidates.Authors themselves or readers have the role of proposing candidates.Legal professionals, professors, students:all of them have the possibility of presenting particularly innovative writing that has enriched their thought.

Articles, dissertations, books, videos, podcasts, blogs, websites, MOOCs, etc.:regardless of the medium, the prize recognizes the author of a legal publication in French written over the past 12 months.

To participate or sponsor a legal-ideas agitator:

Complete the candidacy application by clicking here, and send it accompanied by two copies of the medium chosen by May 12, 2018.

About the Olivier Debouzy Prize:

The Olivier Debouzy Prize recognizes the legal publication that has marked the legal world over the past 12 months and which has provided an original, off-the-wall or subversive vision.It was created in 2011 to honor Olivier Debouzy, founding partner of August Debouzy, an expert in strategic issues and former member of the Club des Juristes, deceased in April 2010.Known for his freedom in tone, his cultivation and humor, Olivier Debouzy and his work inspired the creation of this prize, dedicated to recognizing the legal-ideas agitator of the year.